The most important thing to remember is that they're distinct 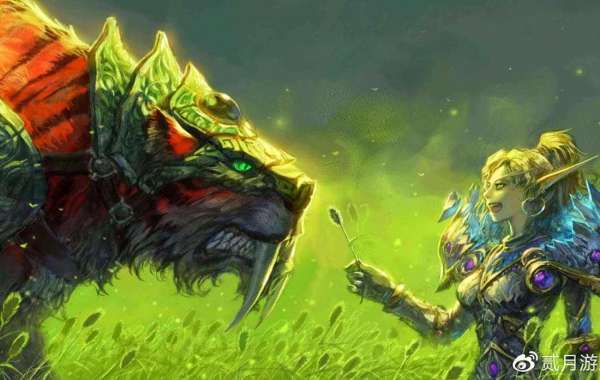 I probably spent more time teleporting around the WOW Classic TBC Gold map than fighting from 1-50. It's not that the story is bad However, clicking on the quest's map or pressing teleport will accomplish nothing. In older wow there were certainly quests that had you going back and forth across the map but can you imagine the main story of wow sending players from strangle thorn to the south shore each quest for 50 levels?? While you only have 2 buttons to click on a huge gcd when you finally do enter the fight.

Both have their faults. FF14 is more story-driven, therefore the 1-50 grind may be difficult to understand (although you can purchase boosters for your levels and other items similar to WoW). It was a tedious task to get rid of the games that were base. The one thing that made me feel like I could get through it was the fact that so many people claimed it would improve. WoW did not need to do this, and it could be cut down to their vanilla gameplay because the Warcraft series already had established the basis of the narrative. The vanilla story isn’t so important in the future.

It was more than just a handful of buttons sporting long GCDs. Additionally, FF14 needed to change its basic gameplay, just like WoW. There's something for every level. In my case, I've got about 5-6 bars fully set up and I'm playing the majority of the tools. Their level squashes don't work like those in WoW in the past. It means that players have to use similar skills when leveling up. It's just a minor inconvenience. The only legitimate and difficult complaint about the game for me is PVP. This is a mess beyond my comprehension.

The most important thing to remember is that they're distinct games that can do different things better. I'd rather play FF14 over FF13 for the long-run due to the larger community and the story, as well as its ability to be fun once you get into the expansions. I've always had an affectionate love for JRPGs, and this hit me so hard that it's a shame I didn't try it sooner. WoW grew gracefully since it was a simple game until the past few years. It's easy to get into and play and will never fail to hit all the nostalgia buttons for me, however the story is sometimes funny, and I'm looking for a bit more than 10+ years old graphics. It also has it's the most obvious, boring time-gating.

There is at least teleporting, instead of flights lasting more than 10 minutes. :P I will say that "Pray that you will reach the buy WOW TBC Gold Waking Sands" will bring me a bit of gaming PTSD from a few years ago, lmao.